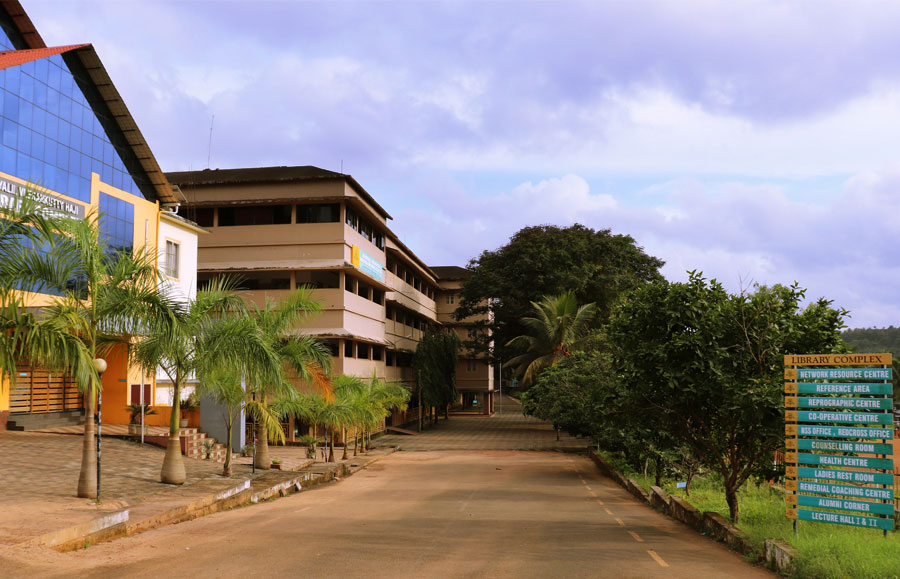 We intend to produce intellectually well - trained, morally upright, socially committed spiritually inspired men and women for the nation in the contemporary scenario.

Muhammed Abdurahiman Memorial Orphanage College is a first grade aided college of Arts, Science and Commerce, affiliated to the University of Calicut. It was started in the year 1982 as a junior college offering only Pre-degree courses. Later, it was upgraded as a Degree College in 1991 and as a first grade college in 2002. The college is Situated in a lush green landscape at Manassery, Mukkam, 30 Km from Calicut, the college provides serene atmosphere for academic activities. At present, it offers ten Under Graduate level and six Post Graduate level programmes. The college comes under section 2(f) and 12(B) of the UGC Act. The college has been accreditated by the NAAC with B++ level in March 2007 and reaccredited in March 2016 with “A” grade.

The college owes its existence to the concerted efforts made by Jb.V.Veerankutty Haji (Late) at its helm of affairs. It was really Jb.V. Moideen Koya Haji (Late) who was mainly responsible for the establishment of this institution in the loving memory of Jb.(Late) Mohammed Abdurahiman Sahib, the veteran freedom fighter. The college is run by Mukkam Muslim Orphanage Committee.

Mokkam Muslim Orphanage Committee, a charitable society, started functioning in 1956. The main objective of the orphanage is to look after the orphans anddestitute -boys and girls- providing protection and basic necessities such as food, cloth, shelter, medical care and education, both religious and modern. The orphanage has won the National Award, for the best Child Welfare in 1983 and 2008, awarded by the Ministry of Child Welfare, Government of India. The orphanage was also adjudged as best by the Kerala State Orphanage Control Board several times. The earnest effort of the orphanage committee to start an Arts and Science College for higher learning was an important step in its way to uplift the educational standard of the citizens in the rural area of Kozhikode district.

The college is now in a stage of fast development and overall shake up for the optimum utilization of the chances of rapidly changing global scenario.The Library, Administration block and Departments are computerised for the smooth and efficient functioning of the college. The College has a good play ground which can host University level and other levels of sports and games competitions. Fitness Centre with modern amenities, well facilitated seminar hall and indoor auditorium have been most appreciated. The new library complex is an outstanding one. The College maintains a canteen to provide standard food for the staff and students. There is a co-operative store for the benefit of the stakeholders.

Besides the academic activities, co-curricular and extra-curricular activities are also given due consideration aiming at the all-round development of the students. Cordial relationship among the staff, students, PTA, Alumni and Management has resulted in a peaceful academic atmosphere. The College Union, an elected body of students, promotes such activities with a view to create a sense of parliamentary and democratic ideas among the students.